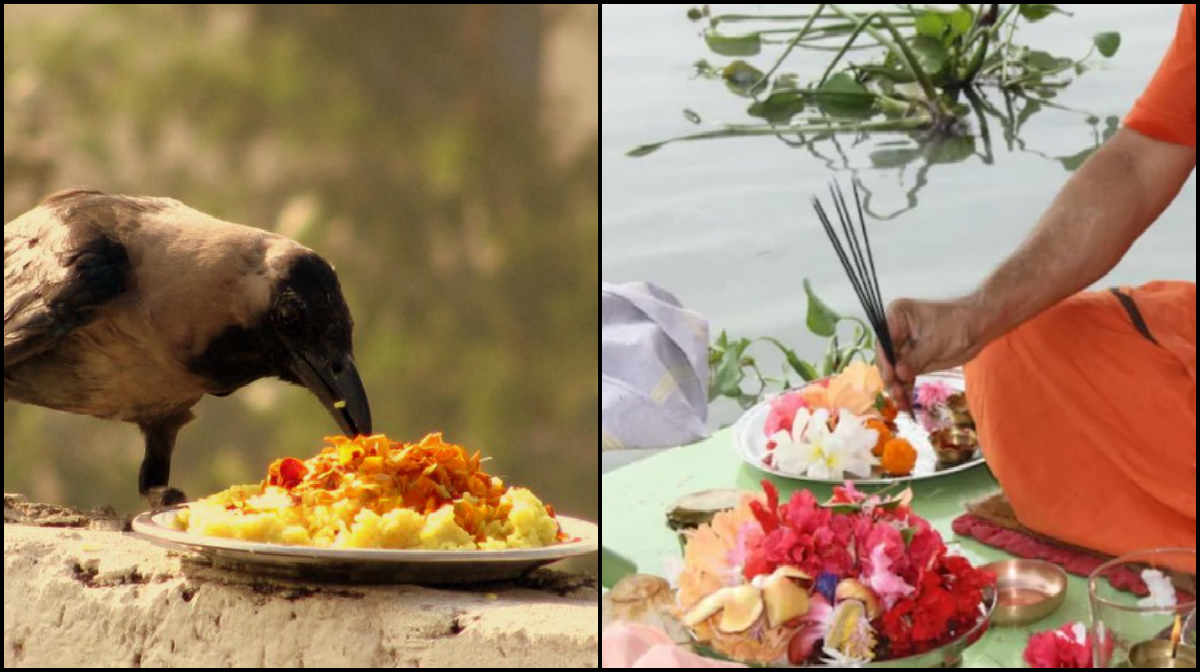 In the year 2022, Pitru Paksha will commence from 10th September 2022 (Saturday) till 25th September 2022 (Sunday). According to Brahmpurana, before worshiping the Gods, a man should worship his ancestors because it is believed that the Gods are pleased with that. The travel service and Pitra Visarjan Varanasi, Prayagraj, Bodhgaya tours given here are the sample tours with different number of days and places, you can contact us for customizing these Pind Daan/ Prayer tours according to your needs, preferences,
available time and budget.

We plan and customize pitru paksha, shradh, pind daan tour itineraries & travel services to suit your needs, preferences & budget. Be it any budget, we have something for you.

Our drivers and travel service providers are trained on pitru paksha, shradh, pind daan Tour & India information & are always very punctual and on their toes to make your India travel, purposeful!

You name it and we have it. Be it any travel service, Varanasi, Prayagraj, Bodhgaya tour, place, budget or mean of transport you need, we have it and our knowledge on India information is immense!

In the year 2022, Pitru Paksha will commence from 10th September 2022 (Saturday) till 25th September 2022 (Sunday). According to Brahmpurana, before worshiping the Gods, a man should worship his ancestors because it is believed that the Gods are pleased with that.

About Delhi: India a land of snake charmers and magicians and the capital of this land of mysteries is Delhi. Delhi is just not a city but a book-- a book which narrates the history of India. The city was built and destroyed seven times and has been witness to the various events which has brought India through the history books. Seven times this city went through the pain of being built and rebuilt. Today as the capital of India Delhi is the seat of administration and the monuments which tell the saga of a bygone era stand there. These icons are testimony to the grandeur of past and also an attraction for the tourists. With an area of 1483 sq. Kms, Delhi is all set to acquire full statehood. The charm of Delhi has attracted Emperors, Conquerors and poors equally. It is correctly said that Delhi is a land of 'Dilwalas' that is for people with heart. This phrase acquires a true color when one goes around the lanes of Delhi. Delhi-- a window to the kaleidoscope that is India.

Travel Service Day 01 : Delhi: Arrive Delhi, meet & assist at the airport & transfer to the hotel. Then in afternoon visit New Delhi where ornate buildings recall the days when India was jewel in the crown of the British empire. Visit Qutab Minar, India Gate, Humayun’s Tomb, Safdarjung Tomb, The President’s House, Mahatma Gandhi Memorial, Lotus Temple & Laxmi Narayan Temple. Then visit the ancient capital city, with its magnificent Red Fort the pageant of Indian History, from its origin around 1200 BC, through the periods under the Sultans in the 10th century and Mughals from the 14th Century. Visit the famous Gandhi Memorial, Raj Ghat, Jama Mosque, Gauri Shankar Temple & Chandni Chowk. Overnight in Delhi hotel.

About Varanasi: Chaotic, Colorful, Charismatic and Claustrophobic- Varanasi’s ancient alleyways and the bathing Ghats (river banks) leading to the holy River Ganges are an essential part of India. This is India’s Hindu spiritual heartland, a place of pilgrimage, daily devotion and death. Also known s Kashi and Benares, the city of Shiva may be an auspicious place to die, but it is bursting with life.

Travel Service Day 02 : Delhi - Varanasi
After breakfast, drop at the airport for your onward flight to Varanasi. Arrive Varanasi. Pickup from the airport and transfer to the reserved accommodation. During the day city tour like Vishwanath temple, Banaras Hindu University, Archaeological museum etc. & the Sarnath Temple tour which is 10 kms north east and is a thriving center for Buddhists. Overnight in Varanasi hotel.

Travel Service Day 03 : Varanasi - Bodhgaya:
Dawn boat ride on Ganges – Of all the experiences in Varanasi, there is nothing quite as humbling as an early morning boat ride on the Ganges. Set your alarm for a pre dawn start. The driver takes you to the Dasaswamedha Ghat or Assi Ghat for the ride. Sitting in your rickety wooden rowing boat, there’s an eerie sense of peace on the river until the sunrise bathes the river banks in gold and reveals the moving theater of spiritual devotion. All along the river banks, crowds of people are bathing, performing praying ceremony, praying to the Sun god and washing away the sins of Life. Then perform the Prayers as per rituals of Pind Daan/ Pitra Visarjan. Then after breakfast, drive to Bodhgaya. Arrive Bodhgaya and Check In the reserved Hotel. During the day, Bodhgaya city tour covering Mahabodhi Temple - The Main Shrine Of Supreme Enlightenment, The Mahabodhi Temple Is Unique Amongst Other North Indian Temples as it is an Architectural Amalgamation Of Many Centuries & Cultures. The Bodhi Tree is situated Inside this Temple Premises (Under Which Buddha Attained Illumination). It Is Believed To Be The Fourth Or Fifth Generation Off Springs Of The Original. Then visit the Niranjana River, Sujata Village & Monasteries Of Different Countries Overnight in Bodhgaya Hotel.

Travel Service Day 04:  Bodhgaya - Varanasi
Early Morning Observe Silence. Then perform the Prayers as per rituals of Pind Daan/ Pitra Visarjan. Then after breakfast, drive back to Varanasi. Arrive Varanasi, afternoon free at leisure. Evening visit the Ghats of River Ganges for a mesmerizing Aarti (Prayer), where every evening at dusk, thousands of devotees and tourists gather on the steps of Dasaswamedha Ghat (River Bank) for the Ganges Aarti (Fire worship) ceremony. As the darkness descends, it’s a highly charged spiritual extravaganza where oil lamps are lit, bells clang, incense burns and bhajans (devotional prayers) are chanted. Many devotees light a small basket of flowers and set it adrift on the Ganges. Overnight in Varanasi Hotel.

About Prayagraj: Prayagraj, earlier known as Allahabad, has been known as the greatest pilgrimage since the Rig-Veda era. The basic reason is the confluence of two holiest rivers in India – the Ganga and the Yamuna. It is said one who dies at the Sangam is freed from the cycle of re-birth and attains salvation.

Travel Service Day 05 : Varanasi - Prayagraj (Allahabad) - Delhi
Morning after breakfast, Drive to Prayagraj (earlier known as Allahabad) for Pitra Prayers and rituals, Arrive and take the holy dip and perform the prayers at Sangam (where 02 rivers meet). Then drive to the Varanasi Airport for your onward flight to Delhi. Arrive Delhi, connect yourself to your onward / return flight.


We are always at your disposal for travel service/ Kerala Tour or India information. Email Us, WhatsApp Us or Use Facebook Messenger